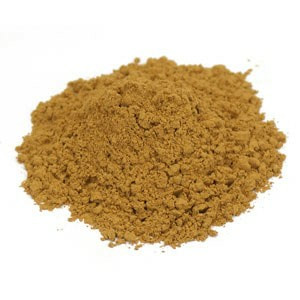 The common name for Paullinia cupana, "guarana," comes into English via Brazilian Portuguese from a word in the language of the Sateré-Mawé Indians. According to the tribe's own legends, the plant from which the wildcrafted herb was derived was the gift of a god, presented in compensation for the killing of a village child by one of the less compassionate deities.

Traditionally, the Indians mix dried Guarana Seed Powder with water and knead it into a dough to make a type of bread. Guarana Seed Powder has been known to Western civilization for well over 300 years, since a European missionary introduced it in the mid-1600s.