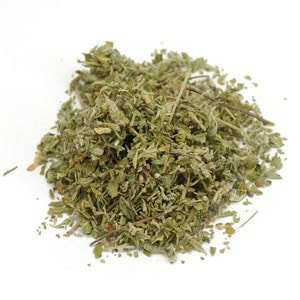 Damiana leaf, also known as Tumera diffusa, is part of the species Turneraceae, which is composed mainly of tropical shrubs, of which Tumera diffusa is one. Some of its common names include Mexican holly and oreganillo. Tumera diffusa is ordinarily found growing in warm climates such as those found in Central and South America, Mexico and the Caribbean. Our current supplier for these fantastic herbs is in Mexico. The shrub also produces small yellow fragrant flowers during the summer months.