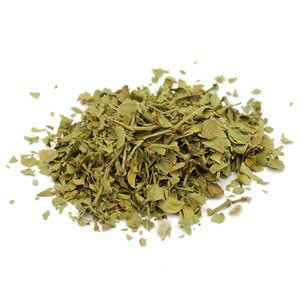 Here are some hard facts about the herb known as Chaparral Leaf (Larrea tridentata):

Also known as the "creosote bush," Larrea tridentata is a flowering evergreen shrub native to the deserts of the Southwestern U.S. and northern Mexico. One interesting characteristic of this plant, which was an important native American herb for centuries, is that it produces a sap that prevents competing species from growing near it. The plant from which we obtain organic Chaparral Leaf is virtually immortal; although its branches eventually die off, the crown of the bush literally clones itself. One Larrea tridentata growing in western San Bernardino County, California, appears to be over 11,000 years old.

As a medicinal herb, Indians of the Southwestern desert regions historically used the sap as a sunscreen.