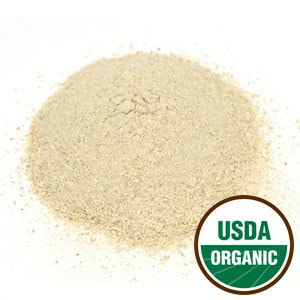 Ashwagandha Root , with the Latin name of Withania somnifera, is a five foot tall deep-green leafed shrub that is in the solanaceae family. This plant family includes such well-known vegetables as tomatoes, potatoes and eggplant, along with flowers like petunias. Ashwagandha root has clusters of yellow flowers and produces red fruit the size of a berry. The roots can reach eight to twelve inches long, and this is the part of the plant that is primarily used as organic herbs.

Ashwagandha is a plant that is native to Africa, including Algeria, Egypt, Chad, Kenya, Zimbabwe, Swaziland; Asia with reference to Lebanon, Syria, Turkey, India; and Europe in terms of Greece, Italy and Spain. Withania somnifera thrive in the warm climates of all of these countries. Our bulk herbs suppliers for Ashwagandha root are from India. India has taken the lead in cultivating different varieties of Ashwagandha root, selecting those with larger roots and the ability to survive in less hospitable climates for development.

Although the root is the predominant part used of these herbs, the berries, leaves, and fruit are sometimes used as well.

Warning: Not to be used during pregnancy.